If you have ever been arrested for a DUI, you may not realize how difficult this can be. You stand to lose your drivers license, and you will be fined a substantial amount of money, all because you decided to drive while you were intoxicated. Although it is bad your first DUI, as you get additional ones, the fines go up, as well as the potential for long-term jail time. You could lose your license for years, if not permanently, because you were driving drunk. When this occurs, most people will suggest that getting a lawyer is the best solution. Even though an attorney may not be able to eliminate the problem for you, they can certainly help you get a much better deal than you could on your own. There are a few situations where you may need to hire a DUI lawyer to represent you in a court of law, such as being in a car accident. Also if you have recently been in a car wreck click here for a qualified attorney for auto accident cases. 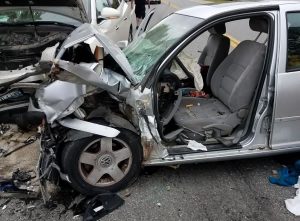 What Type Of Trouble Can You Get Into With A DUI?

The fines and jail time for a DUI will vary, along with the type of conviction, depending upon the state where you are in. For example, the first DUI that you ever get in the state of California is only regarded as a misdemeanor. There is a negotiable amount of money that you will have to pay, depending upon the severity of the situation. You can be fined up to $1000 the first time you have a DUI, plus what are called penalty assessments. From that point forward, it simply gets worse. Without legal representation, it will be virtually impossible to convince the judge to not throw the proverbial book at you the next time you go in. That’s why having an attorney by your side when you are facing a judge in court for a DUI is a very good decision.

Although some people might like to represent themselves for their first DUI, which is never recommended, the best time to hire one is after the first. In fact, people that do not hire a DUI attorney if this is their second or third DUI or simply asking for the highest amount of fines, penalties, and jail time that can be legally given to them by the judge. What you should know about judges and lawyers is that they have camaraderie. The way that the lawyer represent you as a person, and the promises that they will make on your behalf, will play a large role in the decision that the judge makes. Although this is never a guarantee that you will get a lesser fine and less jail time, having a DUI attorney in court with you after your first DUI offense should be mandatory for everyone that is in this position.

The only other situation where you will need a DUI lawyer is if you are not actually drunk. There are thousands of cases where people were arrested on a DUI without a breath analyzer test. It is also possible that the police officer had mistaken you for being drunk, yet you were sick, or you had taken too many prescription pills. There are innumerable reasons why you may be perceived as a drunk driver, and without a lawyer to represent you to convince the judge that you were not drunk, it is likely that you will lose your case.